Givot Olam Oil Exploration – Limited Partnership (1993) was founded by Tovia Luskin, a Russian born geophysicist who came to Israel from Canada in 1990, and assembled a team of geologists and oil exploration experts, also from the FSU. Together they began to assess different areas in Central Israel and found that the south Sharon area and central Israel is located on a structure which is the continuation of the petroleum system in western Syria called the “Palmira Fault”.

As a religious Jew, Luskin referred to a verse in Deuteronomy in which the tribe of Joseph is blessed: “With the crop of early mountains and the bounty of perennial hills”. This verse can be interpreted to refer to a hydrocarbon reservoir, which is found in a geologically ancient anticline that produces bounteous flow. The word for bounty, “Meged”, became the name of each well site, and the words “ancient hills” formed the name of the company, “Givot Olam”. The Meged oil field is situated in the tribal allocation of Ephraim, son of Joseph.

In 1993 Luskin joined up with Jerusalemite businessman Noga Ben-David and with lawyer Shmuel Becker and together the three of them founded the partnership of Givot Olam. The partnership began issuing participation units in the Tel Aviv Stock Exchange in 1993.

After decades of onshore exploration in Israel since the Heletz discovery, in 2010 Givot Olam Partnership discovered petroleum oil in commercial quantities at Meged 5. And so began a new era for the Givot Olam partnership and for onshore oil and gas E&P in Israel. 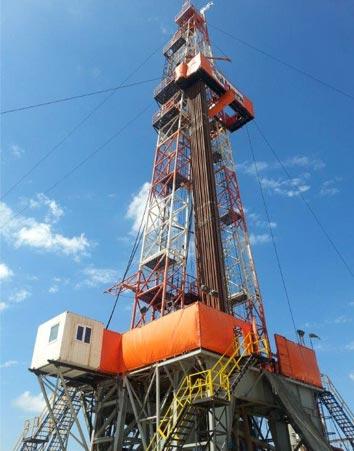